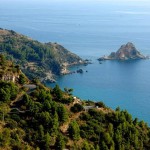 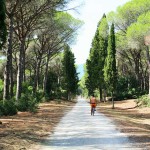 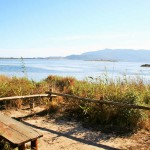 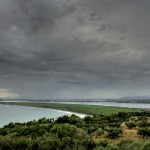 Argentario is a peninsula on the Tyrrhenian Sea rich in wonderful beaches and coves. The towns of Porto Santo Stefano and Porto Ercole are both full of ancient fortifications and sites to visit and each tells the incredible story of past adventures and invasions. From one of the two towns you can take the scenic road which goes around Monte Argentario and from which you can reach the beautiful beaches and hidden coves.

The area is easily reached within a half hour’s drive, taking SS 74 towards Albinia. Start from the Giannella dune, a beach that stretches between the sea and the lagoon. The dunes of Giannella and Feniglia formed due to a particular conflucence of winds and river debris and which are covered by lush vegetation. The salt water that was closed in between is now the Orbetello Lagoon, within which lies the ancient village called “little Venice”.

Stretches over a thin strip of land in the middle of the lagoon which shares its name and is part of a protected conservation area. Also known as “Little Venice”, thanks to its unique position the town is linked to Monte Argentario, with two thin strips of land that divide it from the sea, Giannella and Feniglia. The village existed in the Etruscan period, and during the Roman rule the city of Cosa was founded, today an important and fascinating archaeological site in nearby Ansedonia. Subsequently Orbetello was also capital of the Presidi State, and the Spanish influence is clearly visible in the architecture of the area. Don’t miss the ancient walls, the city gates and the Archaeological Museum inside the Polveriera Guzman. Of particular note is the fifteenth-century grain mill in the middle of the Pontente lagoon, the last of nine mills said to have existed in ancient times (the sunsets are also magnificient from there). Take a bike to the beaches of Feniglia and Ansedonia: there are many pedestrian and bicycle paths spanning the length of the Lagoon. Orbetello is also an active and bustling city with many shops, bars and restaurants, and a cinema.

This six kilometer long sand dune is a quick and easy solution for a day at sea: there are parking lots with convenient access to the beach, bars and restaurants, and a mix of public and wild beaches. The route from Manciano passes the Forte delle Saline, an ancient fortification consists of a 15th century tower built by the Sienese, to which King Philip IV of Spain added ramparts and a moat. This area belonged to the Presidi State and was dominated by the Spanish from 1557 to 1707. The beach at Giannella beach often catches pleasant summer breezes and the sunsets are truly amazing.

The largest and most populous town in the Argentario. Porto Santo Stefano has an exceptional history from its foundation by pirates onward, and its old center is full of shops, bars and markets. The village is dominated by the Fortezza Spagnola (Spanish fort), built to defend against pirates and now the home of the Museo del Mare (Museum of Shipbuilders and home of the archaeological exhibit Underwater Memories). Visit the Mediterranean Marine Aquarium as well. Get lost in the maze of narrow streets of the village and climb up to scenic points, where you can enjoy a breathtaking view of the cliffs overlooking the sea. Signs for the ferry to the ‘Isola del Giglio are clearly marked around the harbor.

Feniglia is a protected conservation area consisting of six kilometers of sand dunes and thick pine forest nestled between the Orbetello lagoon and the Tyrrhenian Sea. The dune connects the southernmost part of the Argentario peninsula to the mainland. Cars are not allowed, so it’s a real paradise for those who love walking or cycling. There are a few beach resorts at the entrance to the beach near the parking area, and then 6 km of pine forest, white sand and pristine nature. Don’t be surprised to cross paths with a deer, or a few endangered species of birds.The pine forest hides the remains of a Roman settlement, the ancient Portus Fenilie, built on the ruins of an Etruscan salt mill most likely from the 9th -8th century BC. The opposite end of the dune honors the painter Caravaggio; researchers are still looking for concrete evidence of where the painter died, yet some believe that he is buried in Porto Ercole.

A tip: try to walk as far down the dune as possible, at least past the third kilometer. Both the beach and the water are at their very best, and you stand a very good chance (except in August) of having the beach all to yourself.

Listed since 2004 as one of the “most beautiful villages in Italy”, Porto Ercole is smaller but older than Porto Santo Stefano. But don’t be fooled: the tiny village overlooking the sea has a rich history. Cars are not allowed into the old city, and you can climb up into the highest reaches to admire the view. The town is surrounded by forts and towers built to spot enemies in the sea; now they’re mostly part of the spectacular landscape. Do not miss the Forte Stella and Forte Filippo.

This very special area includes the Orbetello lagoon, the largest lagoon in the Tyrrhenian Sea, the oasis covers 300 hectares of salt water and is a natural habitat for many protected bird species, as well as a haven for plant life such as scrub, elm, poplar, cork, and oak trees. Visitors can arrange guided tours, hiking and birdwatching.